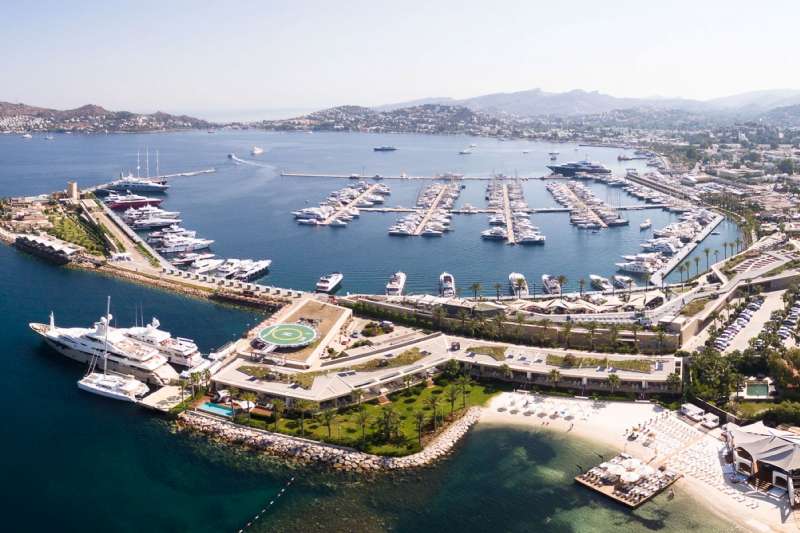 It is a neighborhood that dominates the touristic features in the Bodrum district of Muğla province. Until 2012, while Yalıkavak has a village property that is connected to Bodrum District, this village became a neighborhood after Muğla had the status of a metropolitan municipality in 2012. This touristic neighborhood is located 18 kilometers from the center of Bodrum. It is located exactly to the northwest of the place where the peninsula is located. Someone on the way to Yalıkavak will be visually satisfied by seeing the windmill from Bodrum. Afterward, the enormous view of Yalıkavak welcomes its visitors. In the early days, this neighborhood was famous as a sponge-maker neighborhood. After that, with the development of tourism, tourism became the main source of income in the town. The town has windmills, tourism facilities, and beautiful bays.

There are not many elevations in the region. There is no altitude outside a few rocky and steep hills. The south and east side of the area is a slightly higher area as the elevation. The northern side of the region is located in a position open to winds coming from the sea hard. In the archaeological excavations, ruins from the ancient times were found. As a result of the studies, the region's BC. It was seen that it had a history going back to the 2000s. It showed that communities called Lelegs were the first to settle here. The neighborhood is considered a tourist attraction of Bodrum. The region is also famous for its honey and citrus. The meaning of the district is determined as Poplar on the Beach. There are beautiful beaches to swim in the district. It is possible to swim for free on these beaches.

Marina has received many awards. The harbor was awarded the Golden Anchor Award 5 times by The British Yacht Harbor Association. The marina has the feature of being a high capacity luxury yacht marina. It has the potential to host 620 yachts at the same time. Comfortable facilities offer visitors a comfortable marina experience. It can be seen that even super luxury yachts with a length of 140 meters can easily use the marina. There are many luxury hotels and restaurants around the marina. The marina is not far from other important marinas. There are 100 miles between Yalıkavak and Çeşme, 56 miles with Kuşadası, 46 miles with Samos, 52 miles with Symi and 36 miles with Patmos.