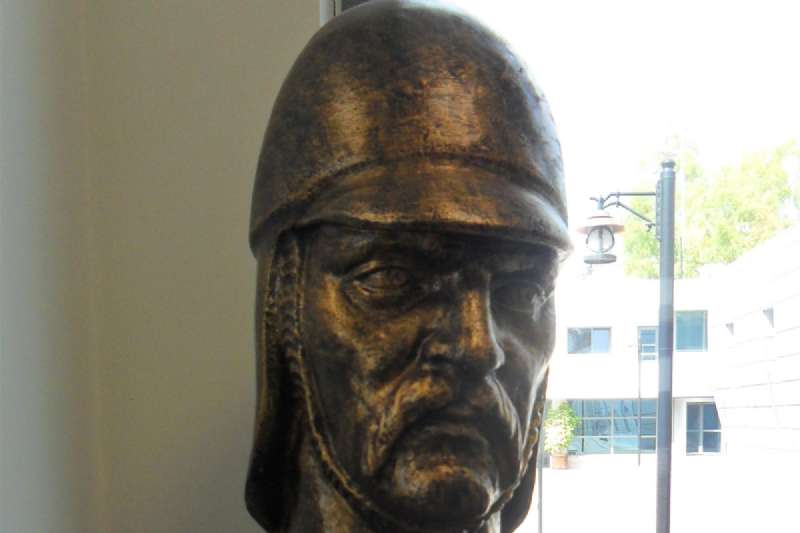 Umur Bey, one of the rulers of Aydınoğlu, was born in 1309. Aydınoğlu Memet Bey is the father of the famous sailor whose nickname is Bahaüddin. He was appointed as an Emir of İzmir by his father when he was still young. During this mission, the courage of the sea voyages led to his fame. He made a raid on Bozcaada with his brother İbrahim in 1328. Chios is also among the places where it organizes expeditions. In 1332, he organized trips to Greece and the Aegean islands. This time, he compelled these regions to pay tribute.

Upon his father's passing away in 1334, he was left to be the Beyoğlu Aydınoğlu. After arranging flights to Greece and Peloponnese in 1334, he surrounded and took Alaşehir in 1335. A year after his success, he helped the campaign with the Genoese, which was carried out by the Byzantine emperor. In return for this help, he was given Chios.

In 1341, throne fights began in Byzantium. During the period of the struggles, Umur Bey supported Kantakuzen, the commander of the land armies. When the Crusades, which were established with the support of the Pope, started to attack, Umur Bey was able to repel the army even though he had just returned to Kantakuzen. In 1344, the Crusader army organized a new campaign. In their second flight, they took the beach Izmir. Umur Bey withdrew up to the Izmir region. He offered a deal. The conflicts ended for a while. With the end of the clashes, Umur Bey set out to help Kantakuzen again. Umur Bey returned when Saruhan son of the brain passed away during a war in Istanbul.

The Pope disrupted the peace environment and led the continuation of the offensive. Collisions were restarted. An agreement was made in 1347 and İzmir was left to Aydınoğlu. In exchange for Izmir, the Crusaders were granted some commercial privileges. The Pope did not approve of this agreement. Umur Bey gathered the army uncomfortable with the Pope's attitude. He went on the offensive. During these conflicts, he died in 1347 by shooting with an arrow. He was buried next to his father's tomb in the Birgi region.

Umur Bey went down in history with his rise to Aydınoğlu. In addition to its outstanding achievements in wars, it also gave importance to the development activities. Many buildings such as caravanserais, mosques, and madrasas belong to the Umur Bey period.