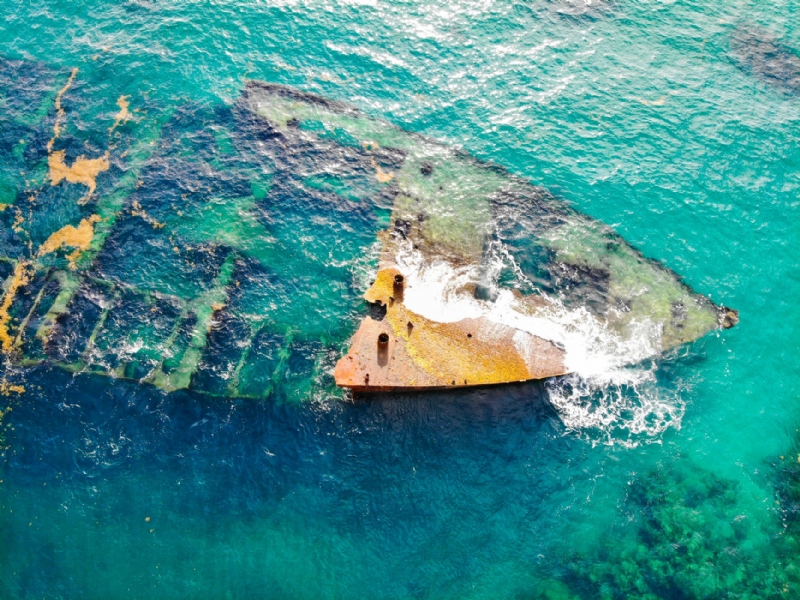 Shipwrecks are unfortunately the only remnants of ships that were submerged in deep waters during accidents and wars. Over time, the ships begin to rot and only their skeletons remain. Many historical ships were buried deep in the waters in this way and were only found years later. Many more unexplored shipwrecks are located in the seas and oceans.

There are quite famous ships that can be counted in the category of Çanakkale shipwrecks. During the studies carried out in the region, the wrecks of many warships were found. Remaining from important naval battles in the region in the past, these ships are also very important in terms of history. The most important shipwrecks found;

Warship wrecks are much more common because, in general, ships are sunk the most during wars. Rarely, we can say that ships are sunk as a result of accidents or different circumstances. When Izmir shipwreck is mentioned, ships such as Beirut, Kınalıada, Hacı Davud, Okino 285 come to mind first. In addition, in the latest researches, 5 more shipwrecks were found in Izmir Bay.

If shipwrecks attract your attention, we are sure that the models of these ships will also attract your attention. Models of many world-famous ships are produced. These models have an appearance very close to the original. With these features, it attracts a lot of attention from collectors. We can say that there are also famous ship models in this category. World-famous warships and luxury ships are included in this category. If you are very interested in ships, shipwrecks, and seas, you can buy these products.

You can follow us and get detailed information from us for more information about the Izmir shipwreck or the Canakkale shipwreck. You can also visit www.nauticagoods.com for the most realistic and beautiful ship models.