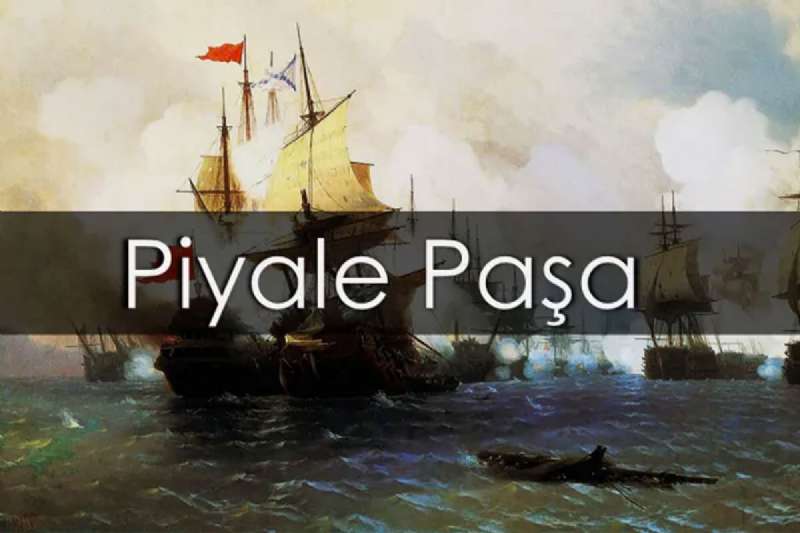 Born in 1515, Piyale Pasha is an Ottoman statesman and sailor. After Sinan Pasha's death, he was brought to the sanjak principality of Gelibolu in 1554. During the period full of glory and glory, which was ruled by Suleiman the Magnificent, Piyale Pasha also undertook important duties. He was asked to continue the Turkish domination in the Mediterranean. In line with this task, he went on a campaign in 1553. Next to him are Turgut Reis and a 60-piece navy. With this expedition, some castles on the coasts of Italy and Spain were captured. Some castles were taken under siege. Along with the port of Bizerta, which is located within the borders of Tunisia, the fortress was under Turkish domination in 1555.

Piyale Pasha went out again in 1556 with a large navy consisting of 150 pieces. This time it was opened to the Mediterranean. Piyale Pasha, who seized the island of Majorca, which was in the hands of Spain at that time, returned to Istanbul with a lot of booties. Cerbe, who took place on May 14, 1560, won the Sea Battle against the Crusaders. After winning this war, he fulfilled the task of ensuring Turkish domination in the Mediterranean. In return for his success, Yavuz Sultan Süleyman was appointed to the post of the Algerian grand seigneur.

In 1564, he combined his life with Gevherhan Sultan, the daughter of Selim II. In the same year, Peron de Velz, belonging to the Spanish state, took over the island. Piyale Pasha joined the siege of Malta together with Turgut Reis in 1565, a year before capturing Chios. Turgut Reis was shot while the fighting continued violently. On his death, Piyale Pasha returned. Piyale Pasha became a dome vizier after Suleiman the Magnificent passed away and Selim II replaced him.

In 1568, while his captain-i duty was continuing, he was also assigned the third vizier duty. When he was assigned to take Cyprus, he got his second vizier thanks to his success. While he continued this duty, he died in Cyprus in 1578. A mosque, madrasa, and dervish lodge were built in Kasımpaşa on behalf of Piyale Pasha. The body of Piyale Pasha is located in the mausoleum next to the mosque named after it. His children were buried with him.