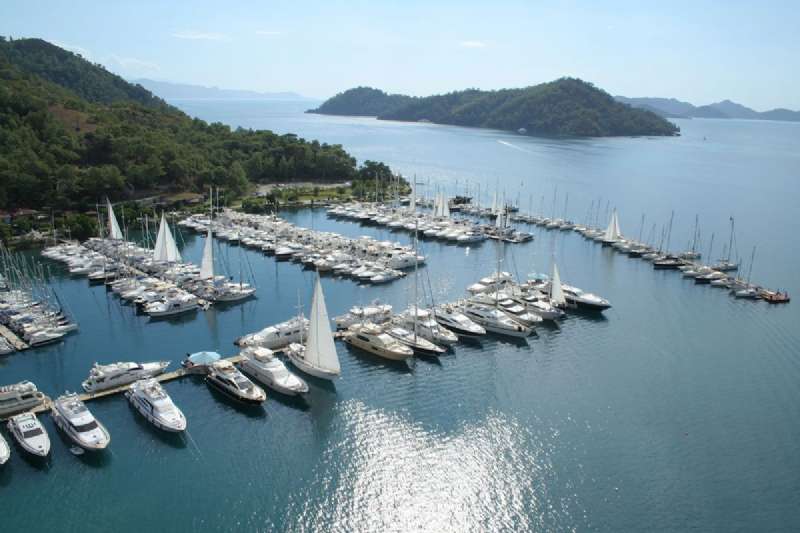 It is a neighborhood of Fethiye, located in Muğla. A group called Göcek lived in this region. The name of the neighborhood also comes from this group. When the location of the region is examined; It is seen that it is located in the west of Fethiye. The neighborhood has an administrative border with Dalaman District. The Mediterranean is located in the west of the quarter and Gökçeovacık in the north. Due to its location, Göcek is adjacent to the İnlice neighborhood by the east. In 2014, Göcek municipality was affiliated with Fethiye and it continued its status as a neighborhood after this date. The neighborhood is located on the road from Fethiye to Muğla. Until 2006, after Dalaman, it was necessary to cross narrow and difficult roads to reach the neighborhood. Transportation to the region has become comfortable with the Dalaman tunnel opened in June 2006. The region attracts attention in terms of tourism. 6 marinas are considered important in the region. Since the location of the region is an extremely large and sheltered bay, the importance of the ports here is getting more and more important. There are 6 yacht ports in the region and these are as follows:

More than 2-story buildings are not allowed due to the region's special protection zone. This has caused hotels, motels, and pensions not to be multi-story. The region is a calm and peaceful place compared to other resorts. It is very developed in terms of tourism. Tourism offers significant economic contributions to the region. Gocek Marina The marinas in the region have world standards. With 6 yachts that have world standards, the region is highly developed in terms of yacht tourism. Turkey's most luxurious marinas are located here. Two marinas were opened in 2010 in the northwest of the neighborhood center. These marinas are owned by Beta Marina. D-Marin, which is located at the end of the coastline in the neighborhood, Port Port Göcek Marina is managed by Camper & Nicholson, a world-renowned company. This marina has the characteristics that 180 boats can be accommodated on the land side and 365 boats in the marina part, and a yacht with a width of 45 meters can fit.