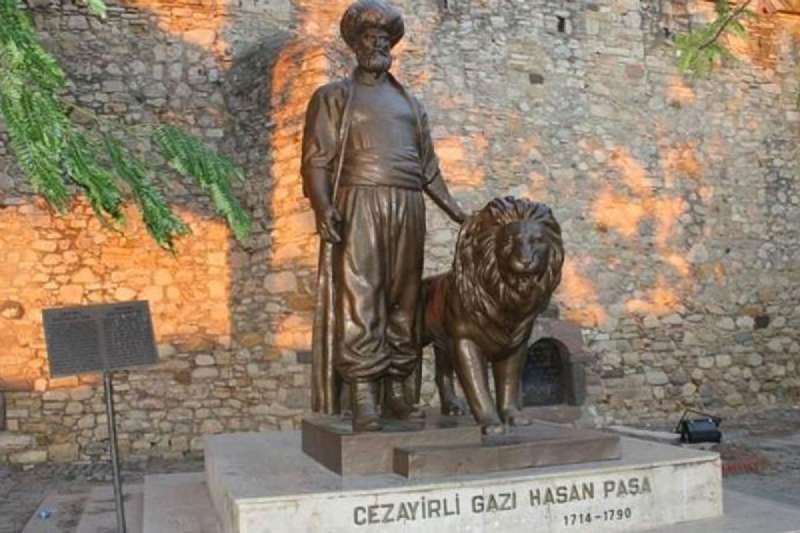 Algerian Gazi Hasan Pasha is an Ottoman statesman and soldier. He served as a grand vizier during Selim III. He tamed a lion during his lifetime and became famous for walking around with the lion he tamed. It's nicknamed mustached man.

This is located in the sources where Balkan 'pomak' was originally hung. The Ottoman governors of Algeria were called uncles, therefore, it remained uncle of the Algerian Gazi Hasan Pasha's nickname. He participated in some wars that took place during this time. When Belgrade was besieged, he did everything he could and showed an example of good courage.

In April 1761, he entered the Ottoman navy as a galleon captain. In 1762, he reached his rank. In 1766, he increased his rank to the level of the boss. When it was 1768, it rose to the rank of capudane. On July 6, 1770, how the Russians burned the Ottoman period in the naval war of Çeşme. Algerian Gazi Hasan Pasha reported the burning navy. He came to the Dardanelles to make this statement. Due to this courage, the rank of gentlemen was awarded. After the bad event that took place in Çeşme, he went to the island to surround Limni Island and defended the rate. He showed superior success and drove the Russians away from the island. After this success, his captain was appointed as derya with the rank of vizier. After working as a Bosporus, he was empowered with the post of Ruse Serasker.

After the Ozi fortress was lost, the mission of the Captain ended with the influence of some people. Thanks to the successes he showed during the third Selim period, Yenicem Serdarı started to work as Ekrem.

Gazi Hasan Pasha, who spent most of his life fighting and fighting, died on March 19, 1790. Hasan Pasha, who lived a loyal life for his state throughout his life, spent most of his money for the state. When he passed away, he had a much lower legacy than predictions. In a war between the Ottoman State and the Russian State, he donated twelve thousand bags of gold to the state treasury. With this donation, he aimed to cover the expedition costs. Algerian Gazi Hasan Pasha, who connected the United States of America with his success, gave the Ottoman State a first in this regard.